One of the cool things that was shown when NAV 2013 first came out was that you could make “Green Bar” formats for your reports to make them easier to read. Something like this…

Recently, I had to replicate an old NAV 2.01 report for a client. Since we couldn’t do green-bar back then, I had an option to double space the report to make it easier to read:

It was simply a check-box on the options tab. I went ahead and put it on the new NAV 2015 report for them. After I did that, I decided to give them the Green-Bar option as well. That way they could still have readability, but not have to double the paper usage on the report. So, in addition to the “Double Space Report” check box, I also added a “Green Bar Format” checkbox to the option tab on the Report Request Window.

Then I decided to play around a little bit and created a “test” version of their report. First, I made the green-bar print every third line instead of every other line. It still accomplished guiding the user’s eye across the report, but made the report a lot less “busy”. I liked that enough that I put that change into their live report.

Next, I decided to see what other things I could do with the report so I changed the “GreenBar” global from a Boolean to an Option field. I made the options” ,,2,3,4”. Then I changed the green bar formula to look at the option and space the green lines accordingly. Here’s what it looks like when selecting “4” as the option…

Here’s the nested-IF formula that I put in the “Background Color” property of the row in the Tablix control:

The “Mod” function is something that I used about every 5 years in previous versions of NAV. It’s used to see if a number is evenly divisible by another number. In other words 8 Mod(2) is True because 8/2 = a full number with no remainder. But 9 Mod(2) is False. (But you probably already know about the “Mod” function.)

Here is a shot of the Tablix control…

You can see the “blank line” below all of the other fields. That’s used for the “Double Space” option. If you right-click on the little box on the left side of the grid, you can see the options available. Choose the “Row Visibility”.

The line above all of the data fields is actually “hidden” and contains the variables to print in the header. This is fairly standard NAV although most NAV reports have these rows super scrunched down so they’re had to see/ and hard to click on in order to see the contents of the field.

A couple of other things:

I’m sure that none of this is rocket science, but I wanted to pass it along. Maybe this will save someone some time and trouble in the future. Mark’s first computerized accounting system implementation was in 1986 and he has been focused solely on Navision since 1999. He has been involved with dozens of system projects in the US, Canada and Mexico in a variety of industries including distribution, manufacturing, property management, non-profit and insurance. During that time, he was worked on all versions of NAV, from version 1.1 to NAV2015, including one of the first NAV2015 payroll implementations in Ohio. As a CPA, Mark is well versed in the core financial functionality of NAV but he is also an experienced developer and solution designer. Mark loves making NAV work for his clients and always enjoys hearing his clients ask “…Now that you’ve made NAV do _________, can you also make it do ________?” 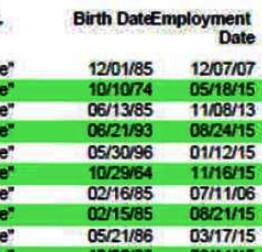 Recently, I had to replicate an old NAV 2.01 report for a client. Since we couldn’t do green-bar back then, I had an option to double space the report to make it easier to read. I decided to give them the Green-Bar option as well.
Oct
30 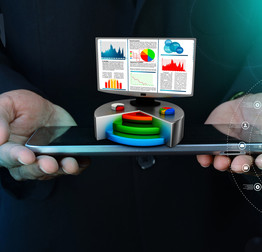 Whether you’re using the NAV Classic Client or Role Tailored Client, Account Schedules are pretty good for on-screen account review and analysis, and adequate for basic printed financial report presentation. But if you have numerous profit/cost centers to report individually, or you’d like your financial statements to have a lot more pizazz, Jet Reports for NAV is the way to go.